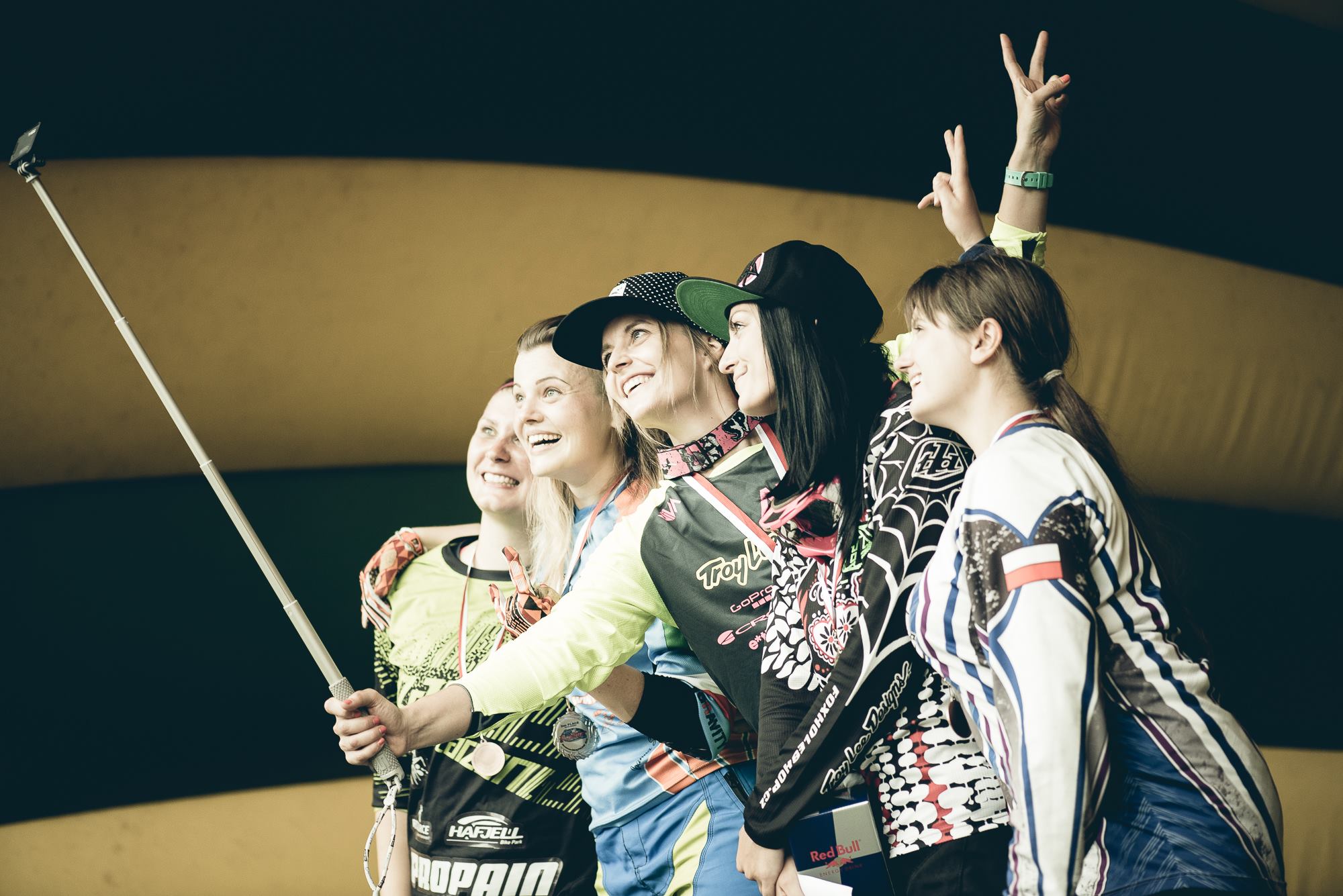 Last weekend I compete at the 4x Pro Tour round 3 in Poland at exactly the track, where my life turned around two years ago. I don’t really know exactly what happened but I got told I jumped the double over the corner to short, hit it very bad with my back wheel and went over the bars straight on my head. Knocked myself out and woke up in the hospital. And there the doctors told me that there is something in my head which doesn’t look good and I should check it again in Austria with an MRT… what I did and since then lots of things happened and luckily everything turned out good at the end.
I don’t want to dig out the old story but just for the understanding this place / race and jump was something big for me and I was very afraid to go there and race there again. I was not sure if I would be able to overcome my fear and jump this jump again. Some of you maybe will ask „Why she is going there then and putting herself into this uncomfortable situation?“ To be honest I don’t know exactly – but I think I wanted to go back to this place to finish where all had started and end my thoughts about the brain surgery. Running away from fears is not my style of living. So I arrived there on Thursday evening with my boyfriend and on friday I practiced on the track. I felt good and of course tensed but motivated to jump this jump. I didn’t even ride once the „chicken line“ because this wasn’t an option for me. I know it sounds stupid but if I wouldn’t have jump the jump I probably would have started at all because this race was not about winning against the others it was more about competing against myself.
How you can see on the first picture I did it and so I did it in all my runs. I won the qualification and the final run too. I am vey proud of myself and after two years I can close the door behind me, lock it and throw the key away.