I was at the Ispo this time. And it was so exhausting. I ran around and had meetings from sunday to thursday 10 am to 5 pm. But I think I make good contacts and I am looking foward to the year 2010. My effort wasn’t so much for my biking career, because it was the winter ispo, it was more for another project I have in my mind at the moment.
But I still met some sponsors. Finally Gisueppe Lapente the marketing director from SPY Europe and my new onces I can’t publish yet.
On the picture you can see Giuseppe from Spy and my new sunnies. He also gave me some brand new Snowboard goggles. Thanks on this way too.

Then I also used the time to look around and I couldn’t close my mouth because I was so overwhelmed by the design diversity. Especially the snowboard and new school ski industry is the playground for the world best designers.

I also passed the stand of the organisation Wings for life.
There I met Illek Wolfgang and old DH colleguae and friend, who is stucked in the wheel chair for many years now, because of a downhill accident. I know some of you think, it’s his fault why did he do this dangerous sport, but seeing the numbers everyone can end up there with some bad luck. He is such a great person and I take my hat off to him, for his strenght and discipline for not giving up. I don’t know what I would do to be honest in his position.
The organisation Wings for life Spinal Cord Research Foundation is a privately funded non profit organization which follows the principal aim of promoting research worldwide in order to expedite scientific and clinical progress towards a putative cure for Sponal Cord injury.
This organisation does a great job and I hope I have never to make a use of their help but there are many people who need them and they need us to donate for making bigger and faster steps in this science.
I don’t wanna play the donation queen I just want to show it to people who might don’t know it and with some euros you can help.
It’s everyones own desicion.
Because you never now maybe suddenly you will need their help and a quick progress of the science to stand on your feets and your life again.
Just in Austria are 4000 with full paraplegia people who are in a wheel chair and 14.000 who are half paralyzed. And 2,7 Million people in the world. Caused by car accidents with 50%, 24% by falls, 17% by others and 9% by sports.
So on this way live your life how it comes, smile and don’t bother about small things which makes you sad, because it is not worth it and have in your mind it could always be much worse.

Here the press article of my trip to Marocco.
Big thanks to Pierre Allain from www.marrakeschbikeaction.com

who helped me and gave me a good job.
See you soon LENE

Yeah most of you might live in Austria and know what’s going on with the weather here. But for those who don’t know it is snowing and it’s so beautiful. I am not a big fan of cold or more I can’t stand the cold but I like the snow a lot. And since I am back from Marokko I feel permanently like an ice block. Buts it’s okay. So and so I have no other choice to search for indoor trainings. I am lucky and this BMX hall in Bratislava is just an hour away from my place. So my friend and I are going nearly every week there to do some gates and more. Apart from that we do sprints on the asphalt with the BMX to stay fast and go to the indoor training hall to make proprioceptor training.
I am positiv about my training but I not very positiv about my sponsor situation. I still need a money sponsors to be able to afford the next season. So everyone out there who wants to support me. I am here and ready.
Apart from this I finally moved in my new flat and it’s great. It’s a lot work until everything is how you want it, but many of you know I love to be creativ and put my own style in everything i touch. So these are my news.

here are some older news from a german bike magazin.

Some of you think hmm why is she not in South Africa. yes the times getting tough and I could not afford me to travel there. I have to save my money for the europe races and for living. So this weekend I travelled to neighbor country Slovakia and it was totally worth it in a village called Kalnica. Nice track, nice jumps and nice weather, nice company and race atmosphere. Cheap accomodation, cheap entry fees but also less price money. I had good training runs how you can see in my first GO PRO video  (Thanks to Axel from Motionssports to supply me one HD Go Pro camera) my qualification run was good as well, I placed second behind a Czech girl 2,97 seconds behind. I was going for the win in my second run but she as well and he made it. I finished second (from 8 girls) with 2 seconds behind her and was still very happy about my race run, because it felt great. I didn’t make mistakes and I did all jumps, which I wanted.

Check it out – the new Iriedaily Collection Spring 2011

I just say I can identify myself well with it. The work Blue colour is a real eye catcher…..
Some impressions…..go and get it.

It has been a while that I wrote something here, because something sad happened in my life, which I didn’t wanted to write about it because I didn’t know how it will end. But now that it is over I am still alive, I am glad you can read this right now.
Some of you maybe can remember that I crashed very hard on my head twice in the last two years, and after my second crash I had to make a MRT to see more exactly why the blood spot, (which was at the first time diagnosed as brain bleedings after an impact) looks like the same the year before. It came out, I have a Kavernom (a benign, arteriovenous abnormity of my brain) in my brain. (I didn’t have it from the crashes. It just came someday and was an incidental finding. So I was even more lucky that I crashed twice so that the doctors found it)
The doctor told me it’s not something very bad, but it can get bad, means that I have a neurological disability or even the blood spot breaks, and I could die in the worst case. Nobody could tell me if it ever will brake. So I decided to let it taken out.
It was very nerve racking time, because the surgery was planned in October, but I had to do special special MRT examinations. And I started to hate them. It took about 5x 1-2 hours in this very small, loud MRT scanner, and because it’s something new the scientists were happy to have a guinea pig. (All the patients before were not able to do this scans.)  So I had to do it again and again and again , and it took longer that expected, and I got more and more frustrated… I wanted to have it done. In the end this functional MRT scans paid off. The doctor knew exactly were to enter without damaging my brain, and on the 23 of January I woke up fine. No brain damage, no disabilities…
I am soooooo happy now I can’t tell you. I had many injuries, crashes, operations but this was not comparable to anything I have done so far. Every jump, double, gap, drop what ever was not as frightening as this moment when you fall a sleep on the operating table, and you don’t know if you will wake up again.
I recovered very quickly, could leave the hospital quick and have nearly no headache anymore. I haven’t started to train yet because I have to wait 6 weeks. But I have time and will take it easy.
I say thanks to my lovely boyfriend, Cri who stayed with me every hour in hospital. Massive thanks to doctor Thomas Dobner. Big thanks to my parents and friends (Miriam, Markus, Petra, Birgit, Kathi, Claudia, Kodi, Lisa, Freda, Alexandra) who were there for me.
What I will do this year? I am not 100% sure now I have many things in my mind. But I know for 100% ride my bike as much as I can , competing at few Events, videoprojects and spent time with my boyfriend and friends/family and being productive.
I will keep you up to date now again more regularly.
Bye bye Helene 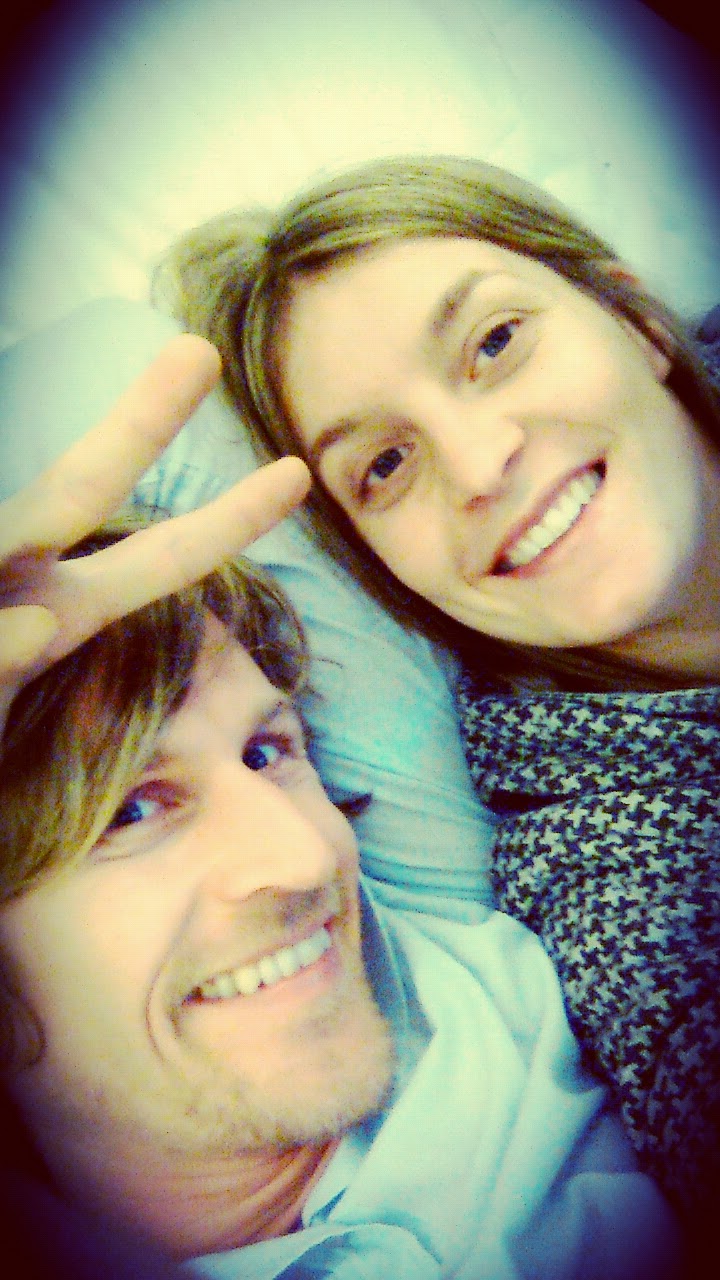