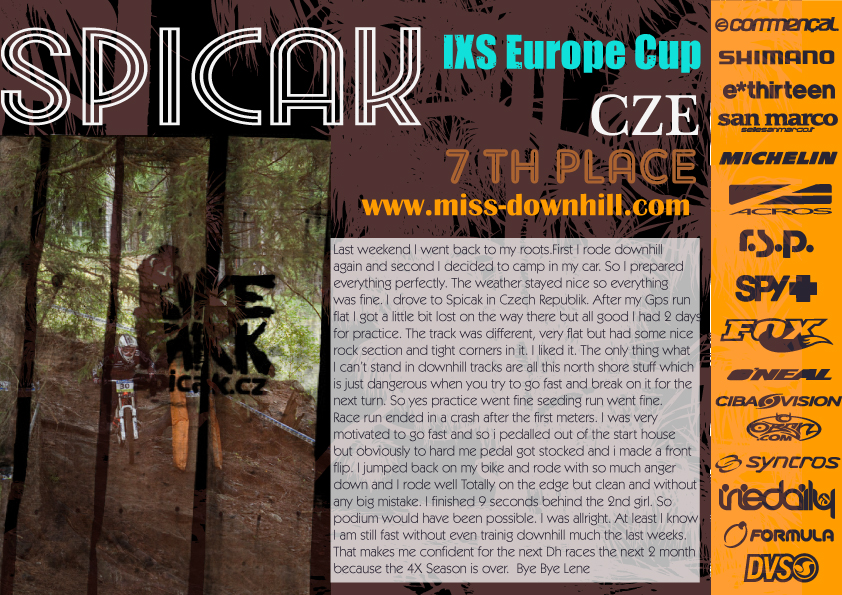 When i started to race and ride my bike a was a young teenager with no money and no possibilties to get to the races. So I started to ask strangers in a downhill board if they have place to give me a ride to the races, who turned acutally over the years to my best friends. Thanks Jörgili and Markus K..I slept in my small tent next to my bike, cooked with camping cookers and washed myself in rivers. It’s sounds unreal but thats how I could afford to race and travel around Austria from 1998 to 2004. It was a good time and i liked it a lot until the day in Tieschen at the 4 cross national champs when some french bmx freestylers thought they must run with car over my tent. It was horrible and I messed up the national champs the following day. Anyway I kept distance from camping since this happening.

But last weekend I turned my Kombi Peugeot in a downhill race sleeping mobil. I placed matresses in it, my -10 degrees sleeping bag fluffy pillow and my “little kitchen”. And everything turned out well.The race was great a nice track, nice weather, no rain and well organised as well. It was a race of the European IXS Cup race series, so many competitors were starting and it was a great atmosphere.

My training went well and I didn’t had much problems with the track. I liked the tight corners. The only thing which I didn’t like at all was the north shore parts and the wooden turns which doesn’t fit in a downhill track.