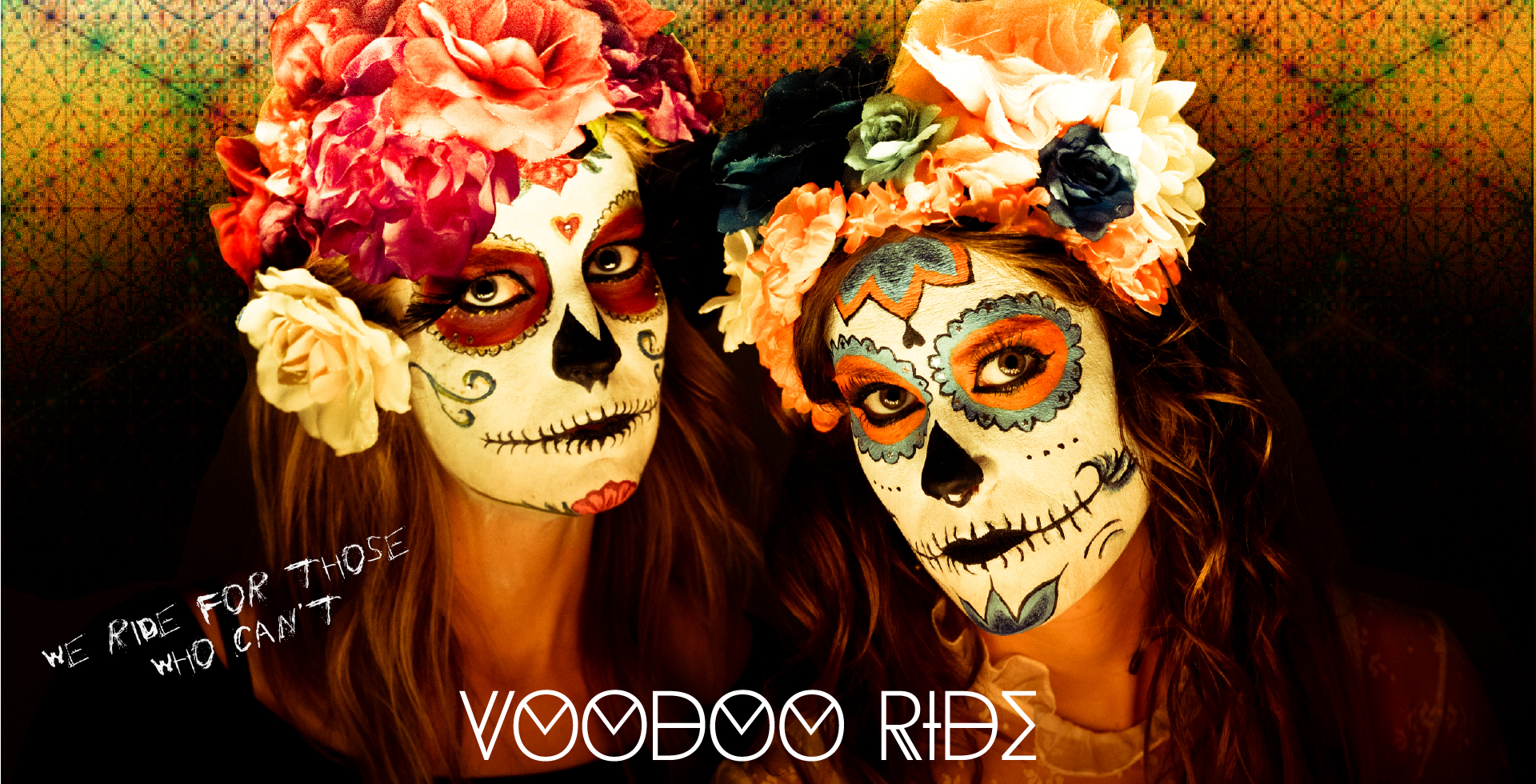 The „Voodoo Ride“ project was set up in the beginning of 2014 by Tanja Hendrysiak and myself. It is based on my dramatic personal experience, my brain surgery that I had in Spring 2014. After a MTB crash doctors found a cerebral cavernoma, a blood vessel malformation in the brain during a routine check, which needed to be taken out. At that point it was not clear, how the surgery would turn out – if I might have a disability, since the cavernoma was located in the motor center of the brain. Naturally these were very scary news.
I am very lucky because the surgery turned out fine and I can live my life how I want and do what I love – which is riding my bike! But a lot of people are not as fortunate and that‘s why we got the idea to help them and to contribute something, which is this video and a subsequent charity tombola for „Wings for Life“. Their goal is to find a cure for parplegia.
The idea of the „Voodoo Ride“ movie with its charitable intention met a lot of response from my and Tanja’s sponsors (Manitou, Hayes, Answer, Sun Ringle, Merida, Acros, Ion, Iriedaily und Shimano), as well as actors and voluntary background actors, the videomaker Gianlucca Ricceri, the photographer Jorge Matreno and the „Wings fo Life“-project manager Wolfgang Illek.
I met up with Wolfgang Illek and interviewed him:
Interview with Wolfgang Illek:
Since Wolfgang’s crash during his training for the Downhill Worldcup in Schladming 2004 he has been paralysed from the shoulders down. It was not a spectacular crash, but a quite common one „over the handlebars“. But it was enough to put him into a wheelchair and to completely turn his life upside down.
„Right after the crash there is nothing like before. I communicated merely with my eyes and after 13 months of hospital and rehabilitation, I could go back to my family and friends for the first time. Back home I realized that there were a lot of barriers and obstacles and it was hard for me to depend so much on the help of others. ‚Please‘ and ‚thank you‘ became part of my daily standard vocabulary.“ (Wolfgang Illek, Project Manager at „Wings for Life“)
Despite this cruel blow of fate Wolfgang doesn’t let himself down. As athlete he is used to fighting his way through. He finished his studies, continues to exercise consequently and now works as project manager for „Wings For Life“.
„I am very proud to be a part of „Wings For Life. This foundation for spinal cord research has the goal to find cure for spinal cord injuries. In order to achieve that, we support the most pomising research projects all over the world. The question is not whether effective treatments and cures will be found, but when they will be found. We have great support from the field of sports, for example from Sebastian Vettel and many more. But it can not be enough – we have not yet reached our goal. We are happy about every support we can get and with Helene’s and Tanja‘s „Voodoo Ride Project“ you can see, that everyone is able to contribute a part. Small donations are impotant. (Wolfgang Illek, Project Manager at „Wings for Life“)
Wings for Life guarantees that 100% of the donations will go towards cutting-edge spinal cord research projects. The same applies to the proceeds generated through the „Voodoo Ride“ bike- tombola.

Donation end 10th dec. 2014 24:00
The winner will be announced on Facebook and here.
The personal data will not be used for anything else then this tombola.